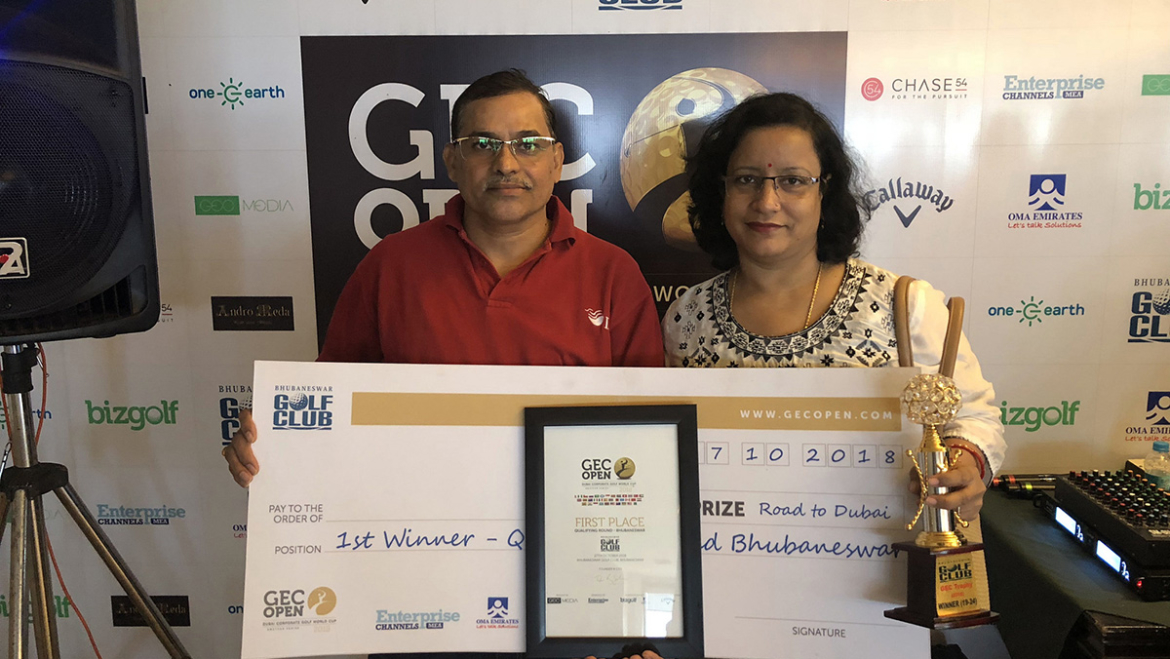 The temple city of Bhubaneswar played host to the GEC Open, in association with OMA Emirates Bhubaneswar leg of the Indian swing of the global tournament. This was the 2nd consecutive edition of the event played at Bhubaneswar Golf Club in the heart of the city. A two-day golfing extravaganza where Ladies, Men, and Veterans compete in their categories competing for a variety of prizes. The most important of them all, an all-expense paid trip to Dubai to compete under national colors in the world final – Dubai Corporate Golf World Cup was played in a combined handicap class of 0-24 where best Nett winners booked their berths to the Middle East.

The championship belonged to Shashi Prakash Dwivedi who carded the best score of the two days tournament with 38 stable ford points. He was playing off a 21 handicap and managed 23 and 15 points respectively on the front and back nine. 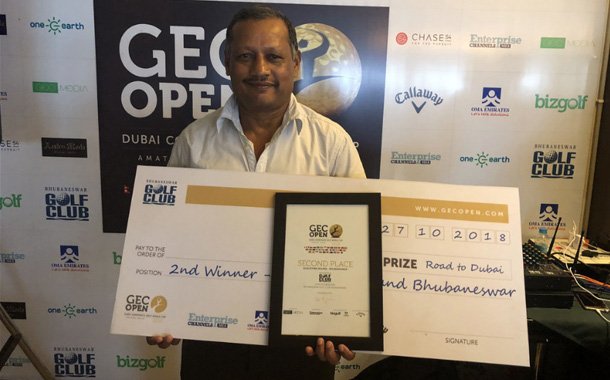 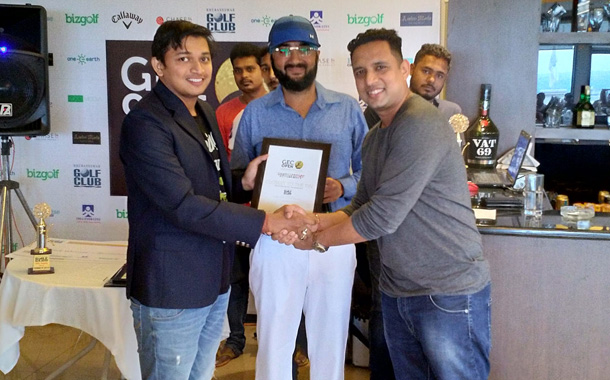 The second place belonged to Col. A.C. Behera who scored 16 points on the front nine and 20 on the back nine for a combined total of 36 points playing off a 24 handicap.

Other prizes included Closest to the Pin, Longest drive, Best ladies in two categories, and best gross winner. The event was organized amongst the crème-de-la- crème of amateur golf fraternity in Bhubaneswar and nearby cities. Over 80 industry big-wigs came together for a competitive yet fun-filled round of golf complemented with a networking luncheon.

GEC Open 2018 is poised to host 54 qualifying rounds in 34 countries making it one of the biggest corporate golf tournament all around the world. Engaging over 3700 corporate leaders and industry stakeholders, the GEC Open is a unique blend of sporting excellence and networking opportunities for partners and players alike.

A 36-hole tournament, DCGWC will be played over two days at Jumeirah Golf Estate and Emirates Golf Club in December later this year where national winners from 34 countries will compete to be crowned global champions.

GEC Open, in association with OMA Emirates made its debut in 2014 with just one golf round in Dubai. In 2015 and 2016, the event grew in popularity and was played in six and eight countries respectively connecting over 1100 corporates in the GEC ecosystem. Since then, GEC Open has matured into a global platform for networking, forging everlasting friendships and business relations. The 2017 edition held 29 golf rounds in 18 countries reaching over 2400 corporate leaders under the aegis of 800+ global organizations!