Muthaiga Golf Club, proudly called the Home of Golf by its elite membership, is in many ways the ultimate embodiment of Kenya’s unique marriage of ancient golf tradition and a modern 18-Hole Championship Golf Course. As the club prepares to celebrate its long-awaited centenary, Muthaiga Golf Club has been reborn as one of the most prestigious and challenging courses in the region. The force behind this renaissance is an extensive course reconstruction by the celebrated South African course designer Peter Matkovich, which in 2004 returned Muthaiga to its prominence as the finest course with the fastest greens in East Africa. Winding through the lush woodlands of Karura Forest, Muthaiga Golf Club offers a great ambiance with numerous lakes and ponds.

In 1967 the first major golf tournament which is today known as Kenya Open Golf tournament was held at Muthaiga Golf Club. It was so successful that it has been held here ever since. As this tournament attracted players from outside Kenya, the course name has been carried internationally by those golfing alumni who have grown to be household names in the golfing fraternity. Among the notable names include:- David Jones, Bobby Locke, Bob Charles, Ian Woosman, Vijay Singh, Sam Torrance, Sandy Lyle, Sevi Ballesteros, Nick Faldo, Bill Casper and many others.

In 2001, the Club engaged services of the famous South African Golf Course Design and Architect Peter Matkovich of Matkovich & Hayes and on November 6, 2004 the course was officially opened by His Excellency the President, Patron of The Kenya Golf union and a member of Muthaiga Golf Club Hon. Mwai Kibaki.

Since then many new lakes have been incorporated in the course design and Muthaiga Golf Club now has the most water features, while boasting the fastest greens. 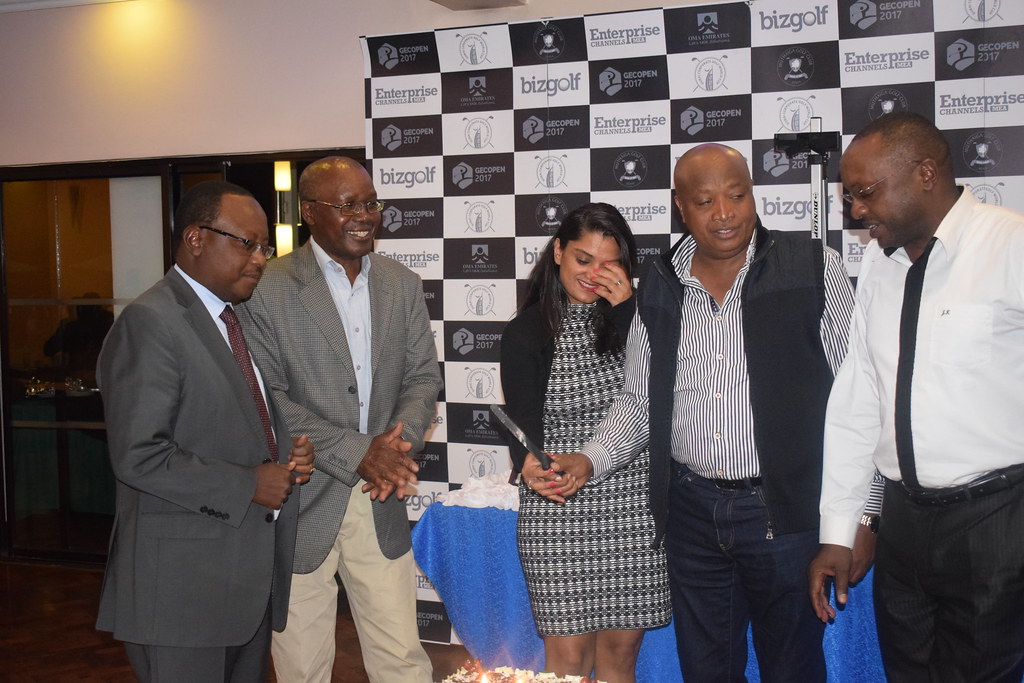