Before Ruimsig Country Club became what it is known and hyped for today, one must note where it all started. The Roodepoort City Council purchased the Ruimsig farm; part of the farm was zoned for recreational purposes, the vision being the creation of a Country Club with a championship golf course as the central facility.

Ron Kirby and Gary Player did the design with construction starting in 1984. The handsome result was opened in April 1986, making Ruimsig Country Club one of the youngest South African golf courses that is not an ‘estate’ course.

Another measure of the club’s contribution to South Africa’s current golfing profile is the fact that Retief Goosen, Ian Palmer and Derek James have all been members (while professionals), and Ruimsig Country Club was represented by tour pros Ashley Roestoff, Hendrik Buhrman, Andre Cruse and Werner Geyer.

Ruimsig Country Club green keepers ‘history’ is poignant. Phil Jacobs (now a designer on his own) and Danie Obermeyer (who also became a design consultant) have served as green keepers at the club. Mike Wallington also started his green keeping career at this club. For a period of 7 years the club out sourced the maintenance of the course to Topturf. In 2013 Matthew Ngoza, a greens staff member that has been with the Club for the last 16 years was appointed as the green keeper.

Some of the major tournaments, the club has hosted has been the ‘Skins’ events (sponsored initially by Sharp, then by Nissan and then ABSA), which were played from 1989 through to 1993. In 1986 the club hosted the non-white PGA championship and in 1998 a winter tour event sponsored by ABSA was held at the club.

It is for its demanding and unusual golf course that Ruimsig Country Club first became famous and has remained in the limelight. The Complete Golfer magazine has allocated Silver rating to the course (between 11 and 20). The course was designed as an ‘inland links’ and features the strongly rolling terrain, the large, undulating greens and the relative scarcity of trees that one associates with links land. There are several dams on the course, which have been used strategically, but these were created for storage purposes and the overall feel of the layout remains wild and free.It is a big course, exhilarating to play, not least because of the strong winds, which typically blow over the open fairways, putting a premium on shot making and imagination.

Since its inception a talking point has been the greens. These are considerably bigger than what is used to encountering in South Africa, and are distinctive in their subtle featuring. The tricky surfaces have justifiably garnered a reputation for being particularly fast and true, a reputation, which has only been enhanced by the replanting in the spring of 2007 of all 18 greens with A1/A4 Bent Grass. In any round at Ruimsig, putting becomes an adventure all on its own, particularly since the design of the slick surfaces affords pin-positions that can be difficult to get at – which often translates into some interesting approach putts.

Both nines at Ruimsig Country Club close with par fives, so whichever way round one plays the course finishes with a score-spreading grandstander of a hole. The course is well balanced, with good variations of long and short holes.

Ruimsig Country Club is quite simply an outstanding course, always in excellent condition, and a thrill to play. Not least because one is surprised and beguiled by the different challenges it offers from those more routinely encountered on our highveld.

Get in touch with Malebo Phage on the email address : gecopen.sa@gmail.com 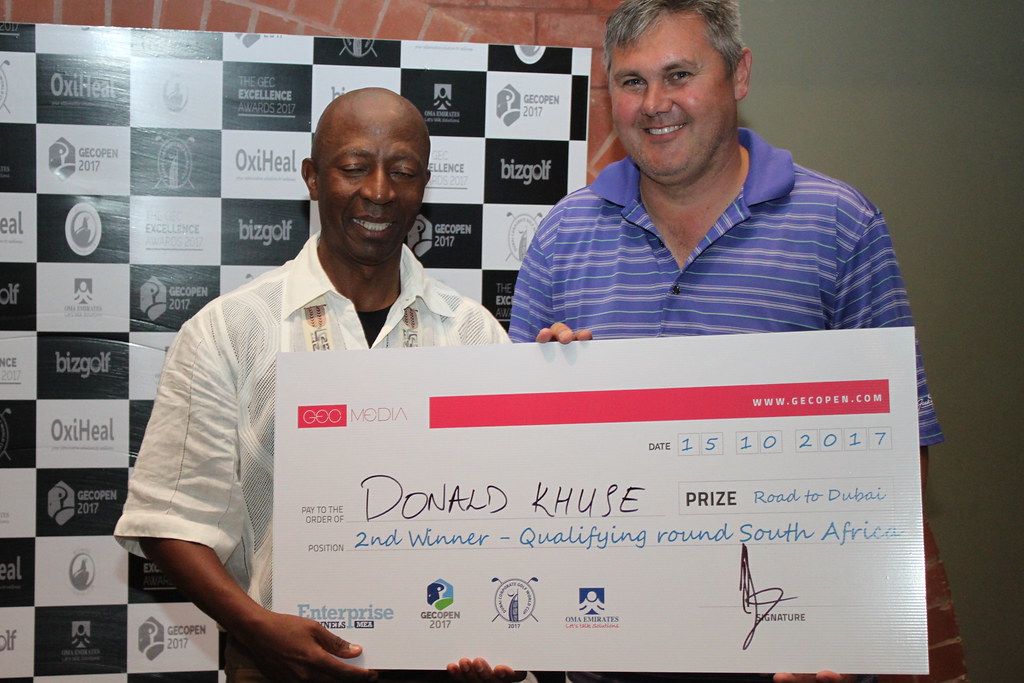