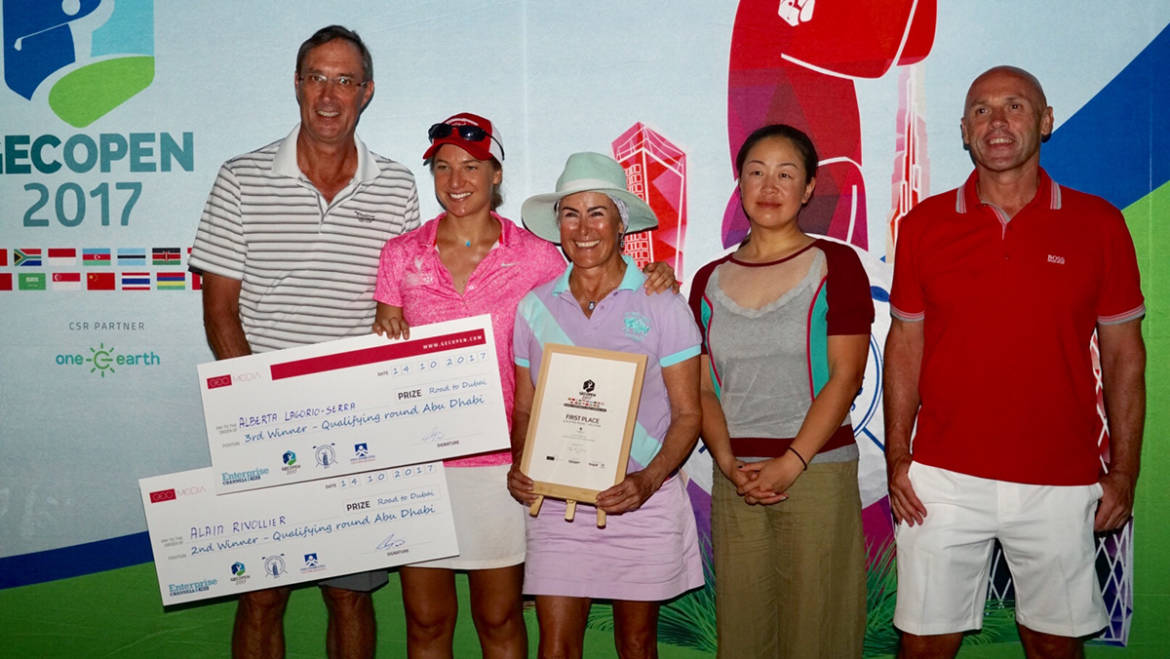 The picturesque Saadiyat Beach Golf Club played host to a formidable gathering of top corporates and avid golfers for the Abu Dhabi qualifying round of the coveted GEC Open 2017.

The golf round was played in stableford format amongst some of the top amateur golfers of the region. Blanca Rivollier, Alain Rivollier, Alberta Lagorio-Serra, Kevin Moore, Mike Parks and Ping Li secured top positions in their respective handicap categories to qualify for the world final- Dubai Corporate Golf World Cup. The sought-after finale will be held over two days at two world class golf courses in Dubai on 13th and 14th December amongst national winning teams from 18 countries.

In other prizes up for grabs, Ping Li also claimed the nearest to the pin contest while Roy Gurner snapped up Longest Drive award.

In a mix of business and sports, GEC Open Abu Dhabi was widely celebrated; forging and strengthening friendships as well as business relations. Abu Dhabi, the capital of United Arab Emirates (UAE) is the fastest growing economy in the Gulf region and is also touted as the leading commercial destination for business in middle east. GEC Open serves as a platform for Abu Dhabi’s business community to engage with international businesses and vice versa, bringing more financial opportunities to the region.

GEC Open brings together leading global organisations and executives on a common platform through golf. GEC works to improve the lives of others through charitable causes while growing the bond & strength of business between corporate leaders.

With humble beginnings in 2014 in just one country, GEC Open has grown into a global platform for networking and a nursery for everlasting friendships and international business relations. The 2017 edition will see 29 golf rounds played across 18 countries amongst 2400 CXO’s under the aegis of 800+ global organisations.